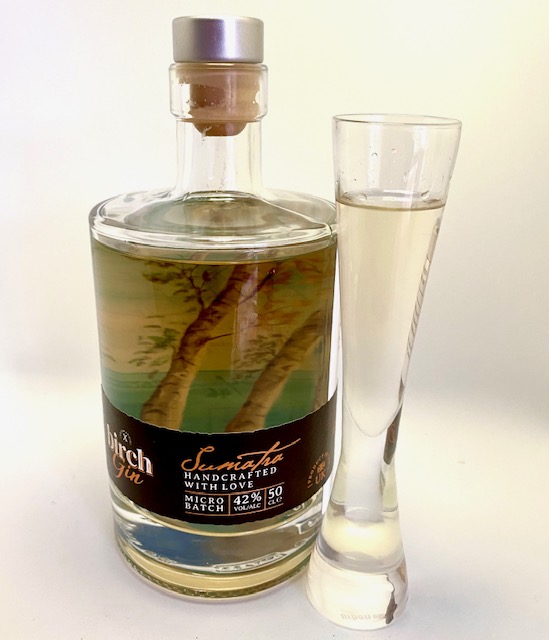 I am a spirits reviewer, that’s true, but I am not actually much of a gin drinker. I find that so many are samey, harsh and uninteresting. This Sumatra Gin from Birch is perfectly to my taste and doubtless to that of many others.

I had expected good things from this small yet marvellously appointed company. I have tried their wares before, so a well-formed and balanced gin was no surprise, but Birch’s Sumatra Gin is a little out of the ordinary.

It’s a sipping gin and one to be enjoyed either by the fire with a good book or in the last glow of summer sun under a shady tree.

Birch Gins all have great shelf appeal, with an attractive information-loaded label offering not only ingredients but also the batch number. This isn’t the mass production one has come to expect from most other spirits. The care lavished on these spirits is evident before one even pulls the stopper.

One tours the Far East with every sip

The aforementioned ingredients include exotic spices such as cardamom, coriander, cinnamon, ginger, lemongrass and Sumatran coffee beans, and one tours the Far East with every sip. There is also Birch Syrup, which has traditionally been viewed as a health tonic in Finland, where the raw sap has also been made into wine. The sap is tapped from birch trees in March, and 100 litres of sap, when evaporated, produces just 1 litre of birch syrup.

The company suggests pairing this gin with ginger ale rather than tonic. That is good advice, as the quinine notes in tonic would kill the subtle flavours and aromas of Sumatra Gin. But try it neat first. A warming treat awaits!

This website is about gin and other alcoholic stuff